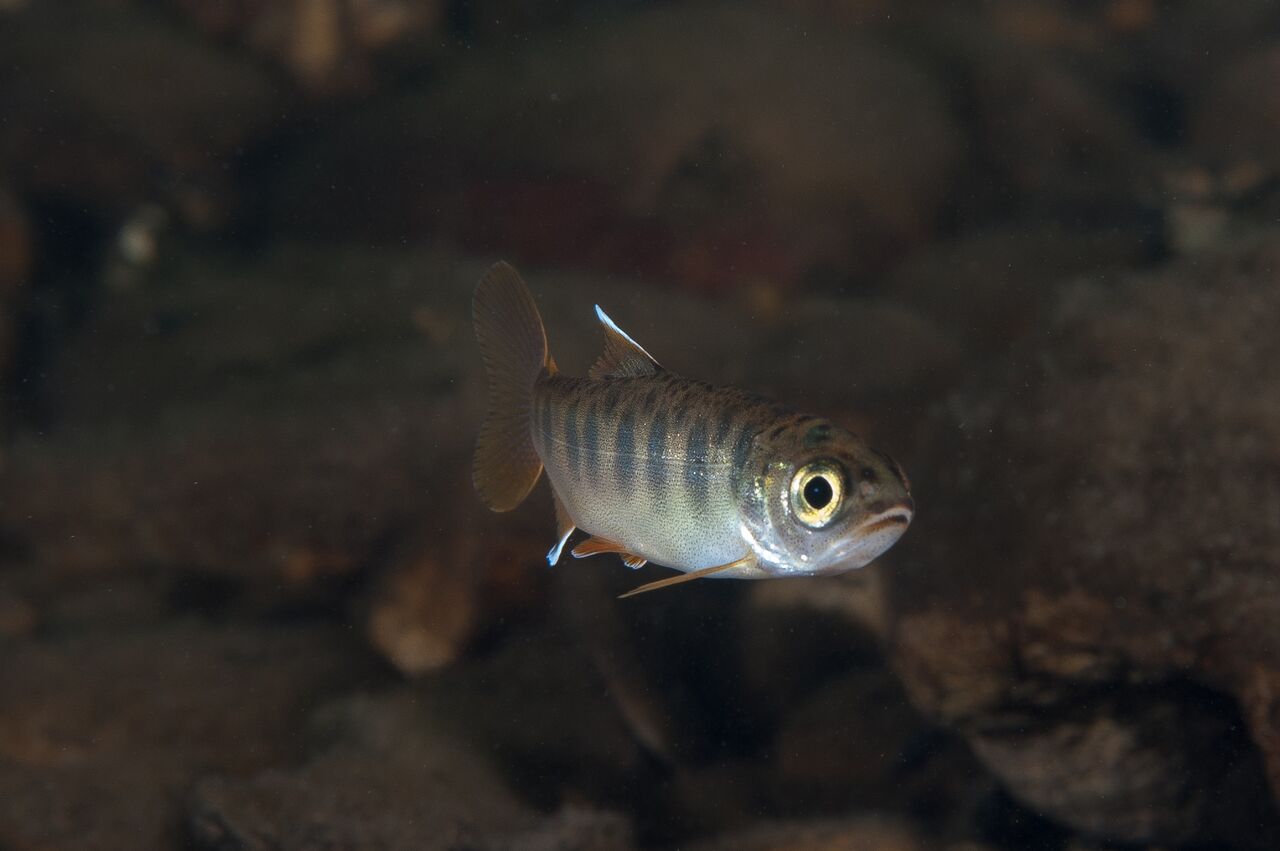 When Bolinas farmer Peter Martinelli decided to help coho salmon by boosting summer water levels in Pine Gulch Creek, which runs through his land, he had no idea that the project would take two decades to complete. Now he’s happy he saw it through. Coho are endangered in most of their California range, and droughts like the one we’re experiencing now are among the biggest threats to these coastal salmon.

“I know this is an obvious statement ― but fish need water,” says Erin Seghesio, the National Oceanic and Atmospheric Administration (NOAA) recovery coordinator for coho in California from Santa Cruz County to southern Humboldt County. Salmon also need their water to be cool and clean.

Coho are particularly susceptible to drought because they live in small streams, which dry out faster than rivers. And in contrast to young chinook salmon, which typically migrate to the ocean during the spring, young coho wait another year, spending the hot, dry summer and fall in the streams where they were born. As temperatures soar and water levels drop, these nursery streams are becoming increasingly deadly for coho. But, Seghesio says, the NOAA team believes there is still hope for California’s coho ― and private landowners like Martinelli are key to saving these historically abundant fish, which once swam upstream by the hundreds of thousands to spawn.

When Martinelli was growing up, his father and other locals called a new group of coho spawners a “fresh run.” So when Martinelli started growing organic produce from peppers to cherry tomatoes in a 25-acre pocket of rich soil on the family ranch, he called his operation Fresh Run Farm.

At first, Martinelli pumped water for his crops from Pine Gulch Creek. But in the mid-1990s, as the coho that inspired the name of his farm began spiraling into serious decline, he and neighboring ranch owners joined forces to use water stored in ponds instead of drawing down the creek. “We wanted to increase water in the creek during dry months, when juvenile fish need it,” Martinelli says. Coho went from threatened in 1996 to endangered in 2005, complicating and delaying the project, which ultimately required approval from 10 government agencies. He credits the Marin Resource Conservation District with shepherding the project to completion.

Finally finished in 2015, Martinelli’s pond is 12 acres, nearly half the size of his farm, and about a dozen feet deep. The pond fills with winter rain and sheetflow, which is water that comes off the land during heavy rains. Then Martinelli uses this captured water to irrigate his crops during the summer, leaving more water in Pine Gulch Creek for the young coho that must make it through the dry season before migrating out to sea.

“This year, quite a few coho came back,” Martinelli says. “They’ve been scarce for a few years ― it was really exciting!” Not only that, these returning coho spawned. Last month, National Park Service biologists counted about 80 young coho in Pine Gulch Creek. Martinelli is also excited that his pond, which was designed to be as natural as possible, is now home to endangered amphibians. “There were 500 red-legged frog tadpoles in the first spring and also tons of newts,” he says. “It’s a huge win for me.”

Restoring degraded creeks is another way to help coho weather droughts. Jody and Manuel Brazil began restoring Walker Creek on their 1,000-acre Angus cattle and sheep ranch near Tomales two decades ago. Back then, the creek banks were in bad shape. “There was lots of bare, eroded dirt,” recalls Jody, who like her husband Manuel is a 5th generation rancher in Marin County.

This riparian vegetation confers a multitude of benefits to coho. The roots stabilize creek banks, protecting them from erosion. “Plants slow down the water,” explains MALT’s Zach Mendes, who comes from a dairy farming family in Glenn County. “You want it to stick around longer and not flash through creeks.”

Moreover, trees that fall or beavers that build dams across creeks create deep pools. These pools ― which can be chest high ― serve as climate refuges for young coho during extreme droughts, when shallow stretches of creeks can run dry. “Fish are stuck in these disconnected pools until the rains reconnect them,” says Sarah Phillips of the Marin Resource Conservation District (MRCD). Riparian plants help coho in pools survive the dry season. Warm water can be lethal to the young fish, and shade keeps the temperature down. In addition, plant cover helps the pool-bound fish hide from predators and scavengers that would otherwise easily pick them off, while leaves that fall into the pools feed the tiny invertebrates that young fish eat.

In addition to restoring native plants along Walker Creek, the Brazils fenced it off to keep their cattle out. Now, the cows get their water from a solar-powered system that pumps spring water to the top of a hill, and then distributes it to troughs scattered around the ranch.

Jody feels a personal connection with coho. “My grandpa used to say that salmon in the creeks were so thick, you could walk across the top of them,” she says. She hopes to see coho throng up Walker Creek through her ranch once again.

People who live in urban parts of the coast can help coho too. Those living along creeks can restore native riparian plants and allow fallen wood to accumulate, forming the deep pools coho depend on, while those living away from creeks can install rain gardens and conserve water. Rain gardens allow stormwater to percolate into the ground, replenishing the water table and ultimately streams. And conservation can boost water in streams too.

“Conservation can decrease pressure on agencies to keep water in reservoirs, freeing up more for environmental flows,” the MRCD’s Phillips says. Every little bit helps. Collectively, our actions will determine whether the Bay Area’s coho disappear or return in abundance to our coastal creeks.